City dwellers often consider office buildings inaccessible and bureaucratic, and doing business there seems more or less inconvenient. Almost invariably, the architecture of city halls and municipal government offices with their large entrances and gloomy lobbies supports this image. The buildings are large, which makes a person feels small in their vicinity.

In the city of Kauniainen, the wish is to convey a different impression. The desire is that visiting the city hall would be effortless and uncomplicated. Distances between people are short, which is the theme of the World Capital Design project in Kauniainen.

An extract from the theme of the design year in Kauniainen:

“We in Kauniainen will emphasise a theme of community spirit. Everything in Kauniainen is close, both physically and mentally. We live in a city with humane dimensions. These are composed of openness, democracy, bilingualism and approachable government. In addition, the closeness is shown in the dialogue between old and new architecture, fascinating cultural history and activities in a lively milieu. We in Kauniainen are great at planning the good life”.

The design team from VALOA design developed an idea for façade lighting based on this theme. “We wanted to reflect on how the communal theme would work in façade lighting in a way where instead of emphasising the office-like vibe, it would do the opposite. And what about democracy? Perhaps the city dwellers could influence the lighting? Can we take account of the bilingualism? How do the old and the new work together? How does the city hall support the spirit of Kauniainen?” wonders lighting designer Antti Hiltunen.

The lighting concept was formed based on light texts projected on the façade. Residents were activated to participate in the project by asking them to write on paper, in their own handwriting, thoughts on Kauniainen. What does it mean to be from Kauniainen and why is it great to live there? A large number of words and short sentences, memories, epiphanies and statements were gathered. “It was important that the texts were handwritten. We specifically wanted to emphasise the humanity, whereas typewritten fonts would have had an office-like vibe,” says Hiltunen. Besides, handwritten text communicates a long history and cherishing traditions. As for the bilingual texts, they recount how both official languages communicate naturally with each other.

Besides the projected texts, the thought-out and discreet colour lighting forms a background for them, so the building is outlined against its surroundings. The lighting fixtures were placed in such a way as not to significantly alter the day-time appearance of the façade. The programmable RGB lighting enables variations in the look of the building during weekdays and weekends, as well as different festive occasions. In the night-time, the city hall becomes a beautiful, identifiable landmark, of which the residents can feel proud and take ownership.

At the beginning of the design work, the current situation of the area lighting around the city hall was mapped out and alteration work was proposed, so that the area lighting would not obstruct the façade lighting or its visibility. Glare points were removed and the diffused light was brought under control by changing the type of the lighting fixtures on the pathways from omnidirectional lampposts to a low bollard lighting.

The sculpture called Through the Fire (Tulen halki), placed in the yard of the city hall, will also be illuminated next summer, when the area lighting is replaced. The lighting of the entrance will be updated during the city hall renovation.

”Let’s all sing together like this, sing together! In our eyes, our city can be a ‘village’. For it is good to be here, we live large as if in a city, yet I have peace. The woods smell of love, the lake Gallträsk glistens. You can linger in your memories in the alleyways of the villas. I am making new things for tomorrow: into the glory we go! Happily forward, Kauniainen, go!” – The song of Kauniainen.

Return to the blog homepage 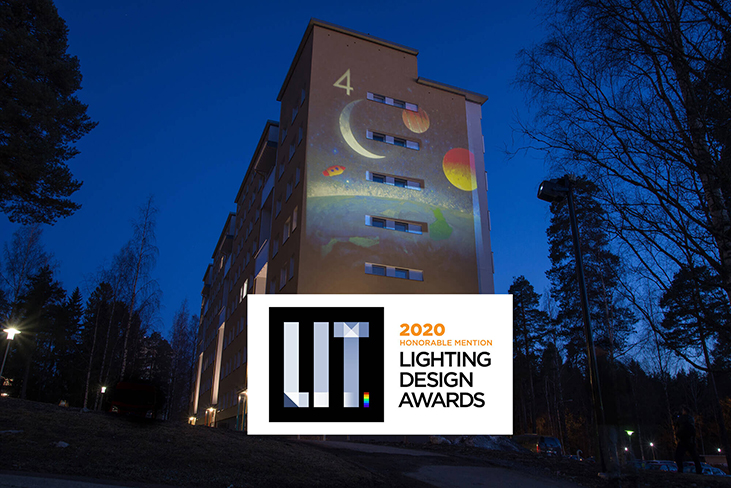 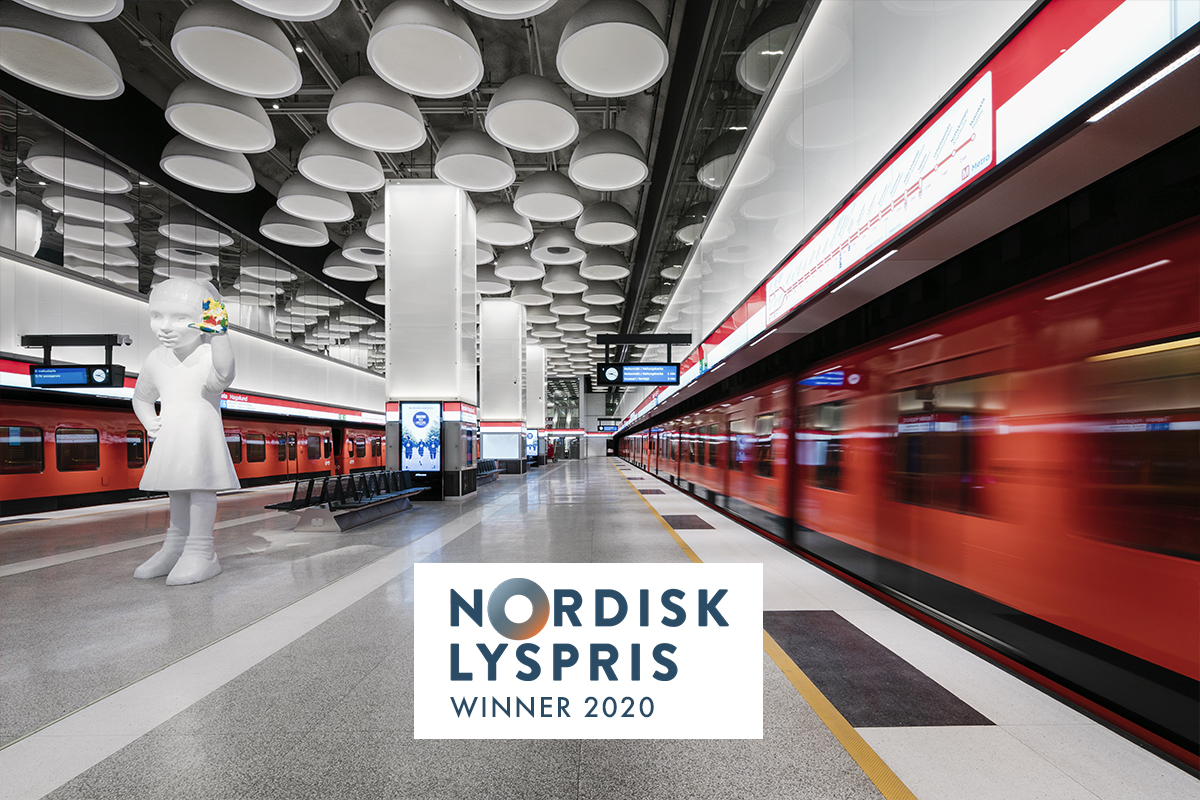 The First Ever Nordic Lighting Design Award to Finland 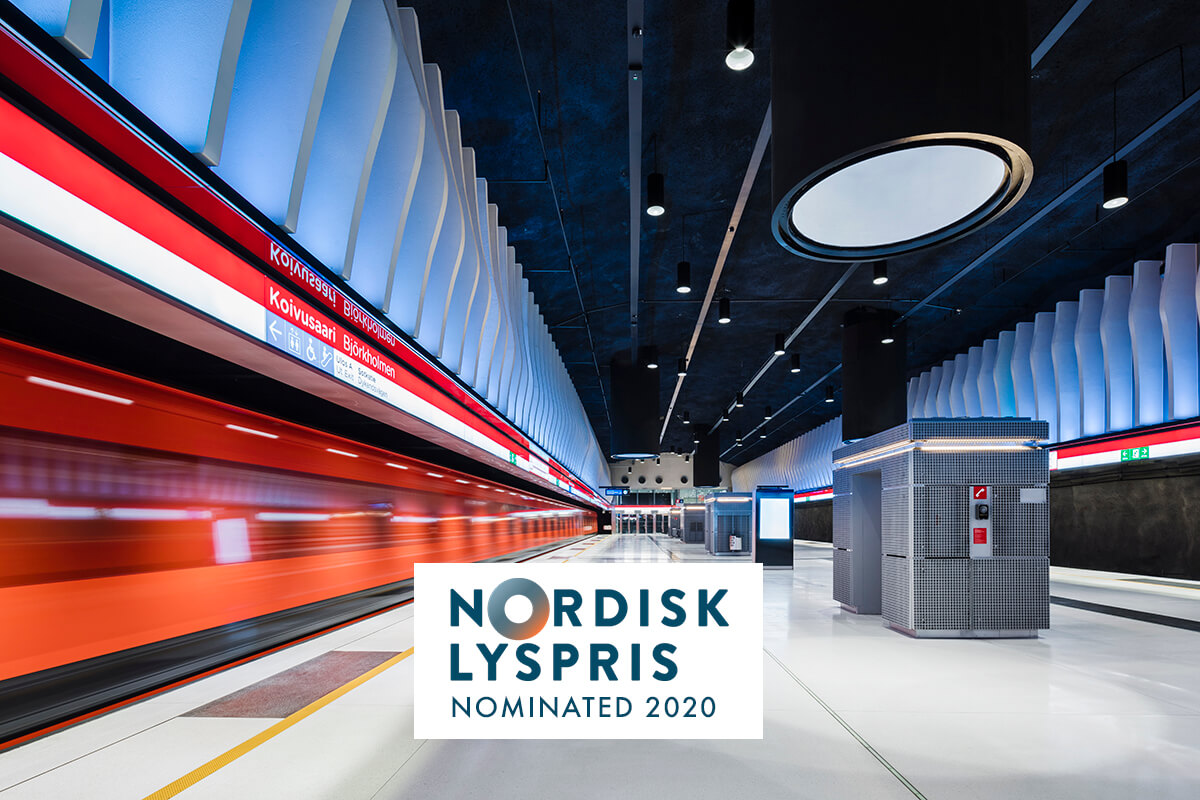 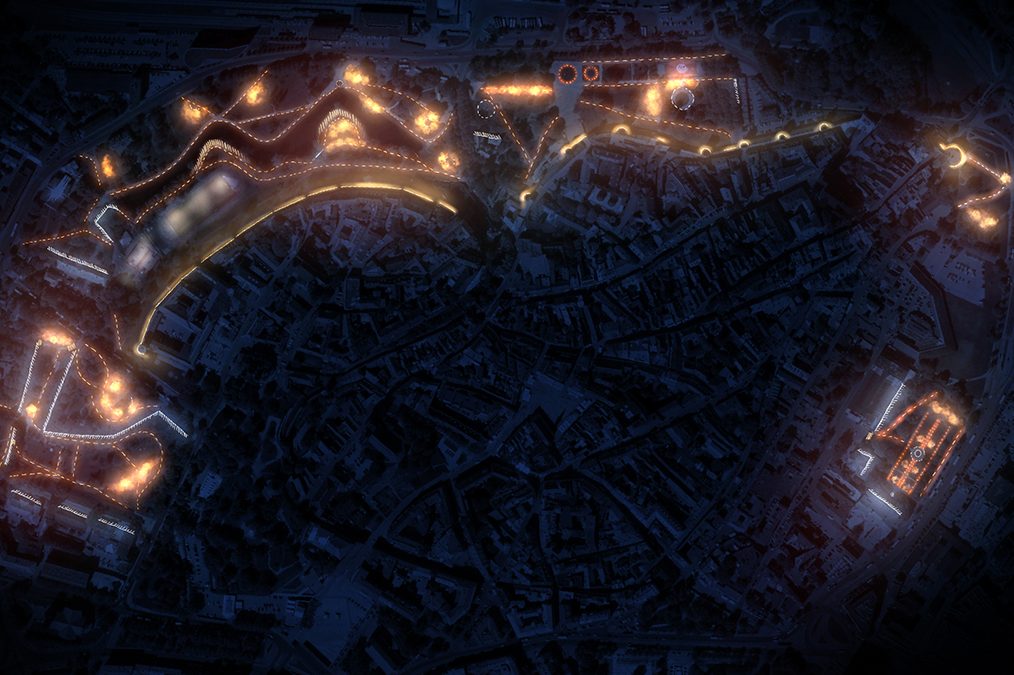 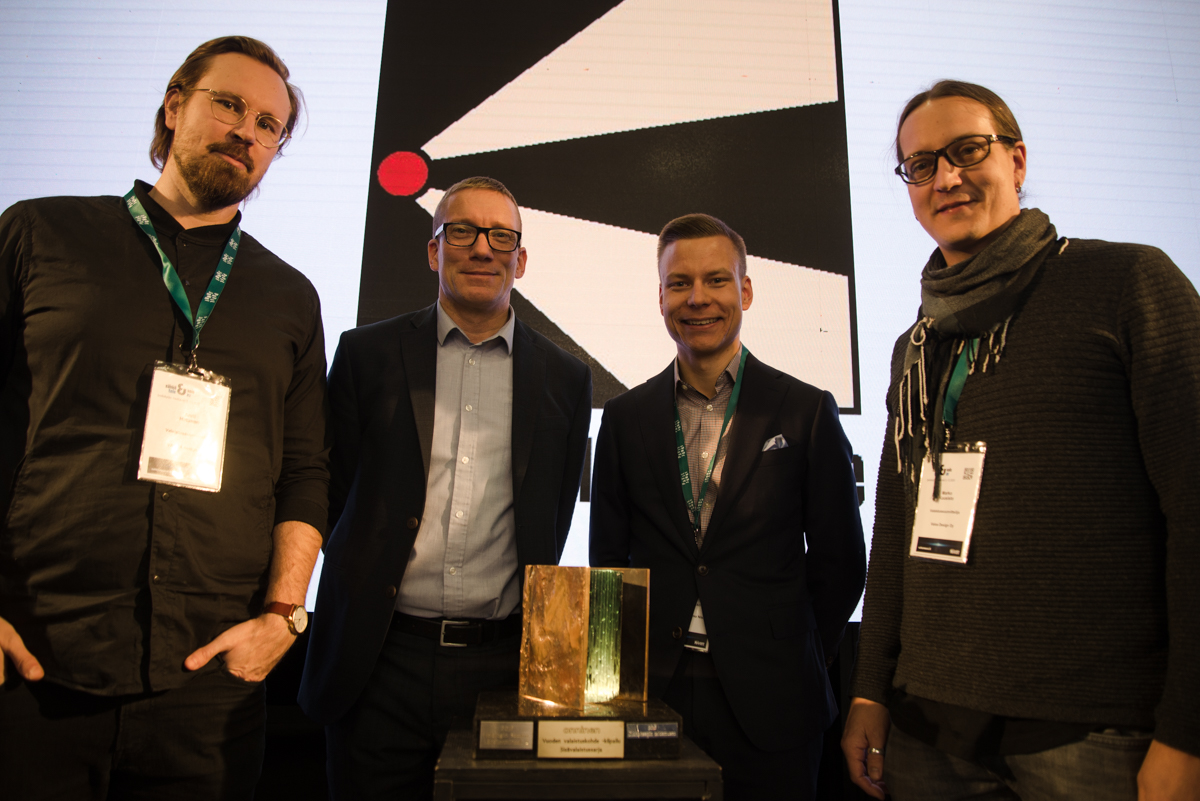 Winner of an idea competition in Naantali 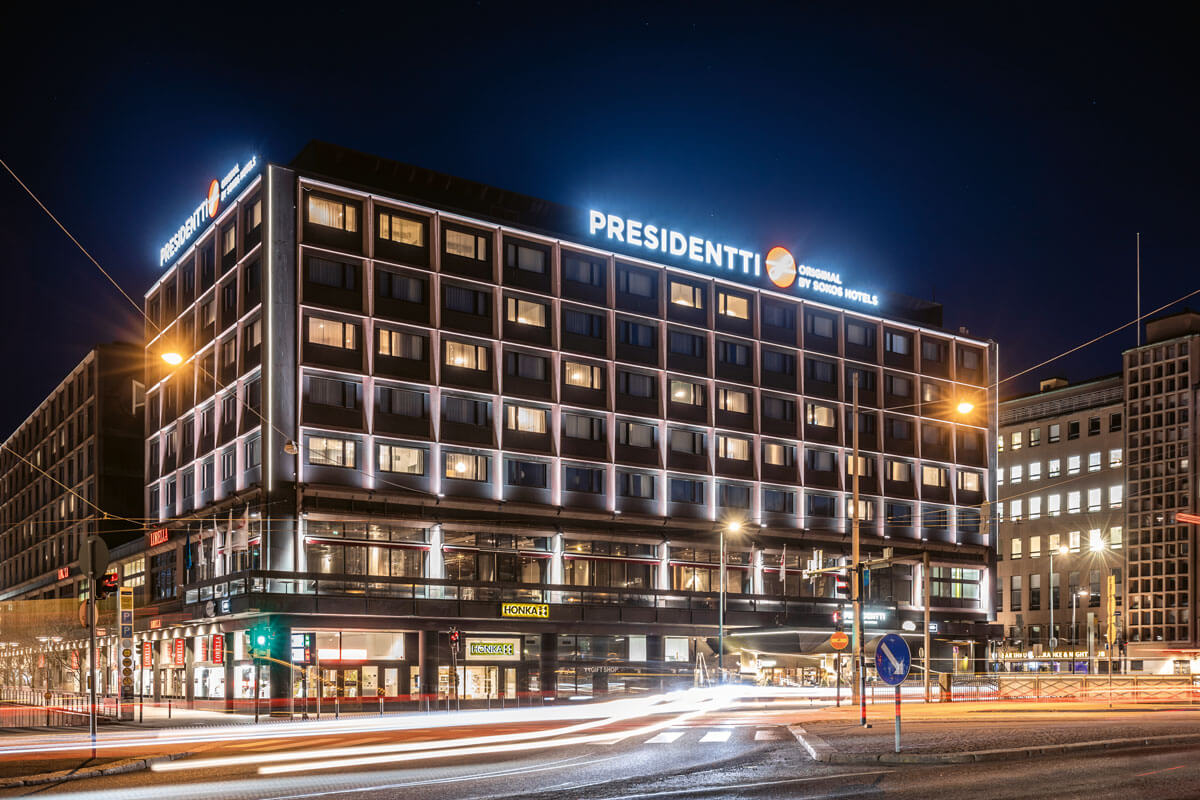 Original Sokos Hotel Presidentti got the lighting it deserves 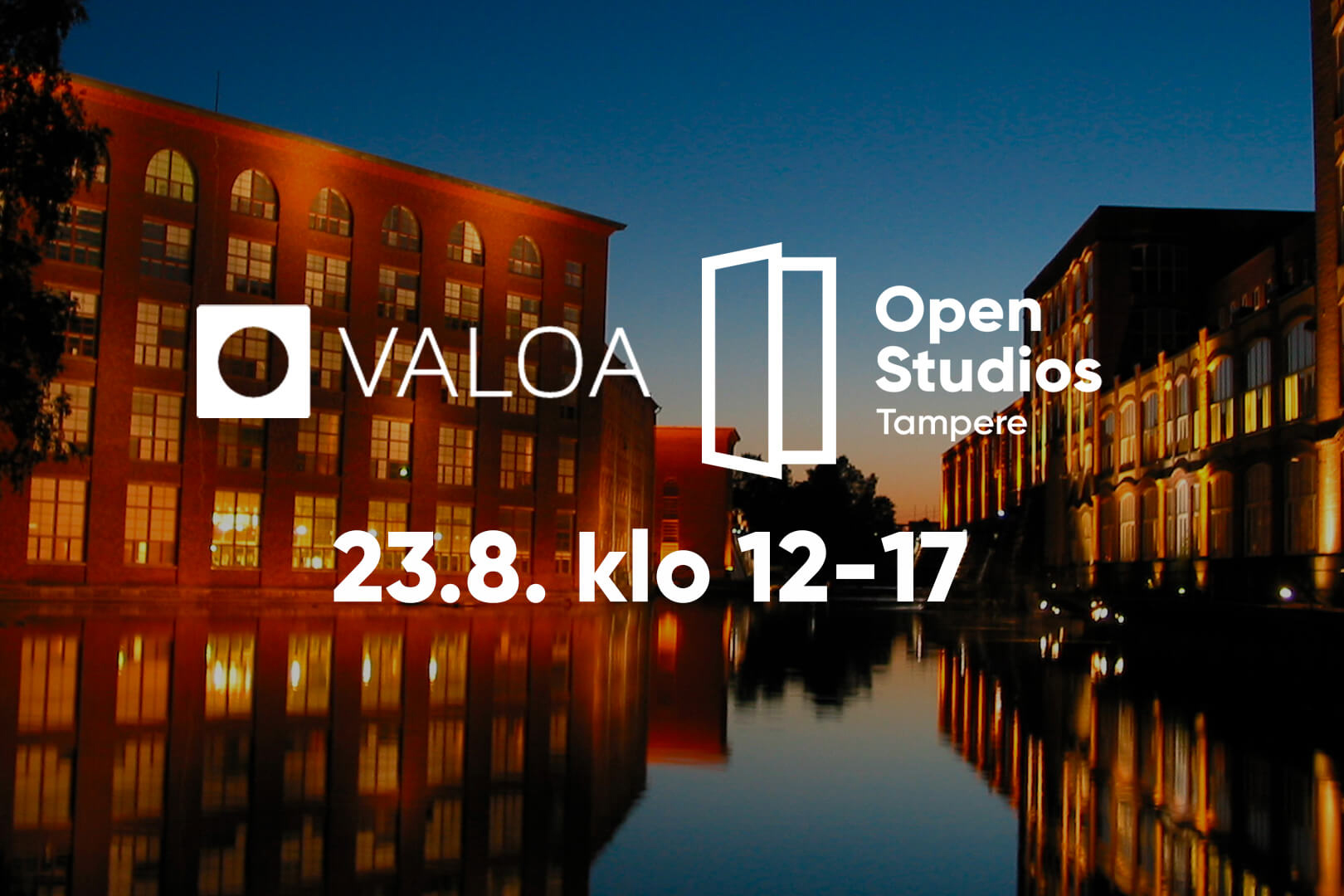 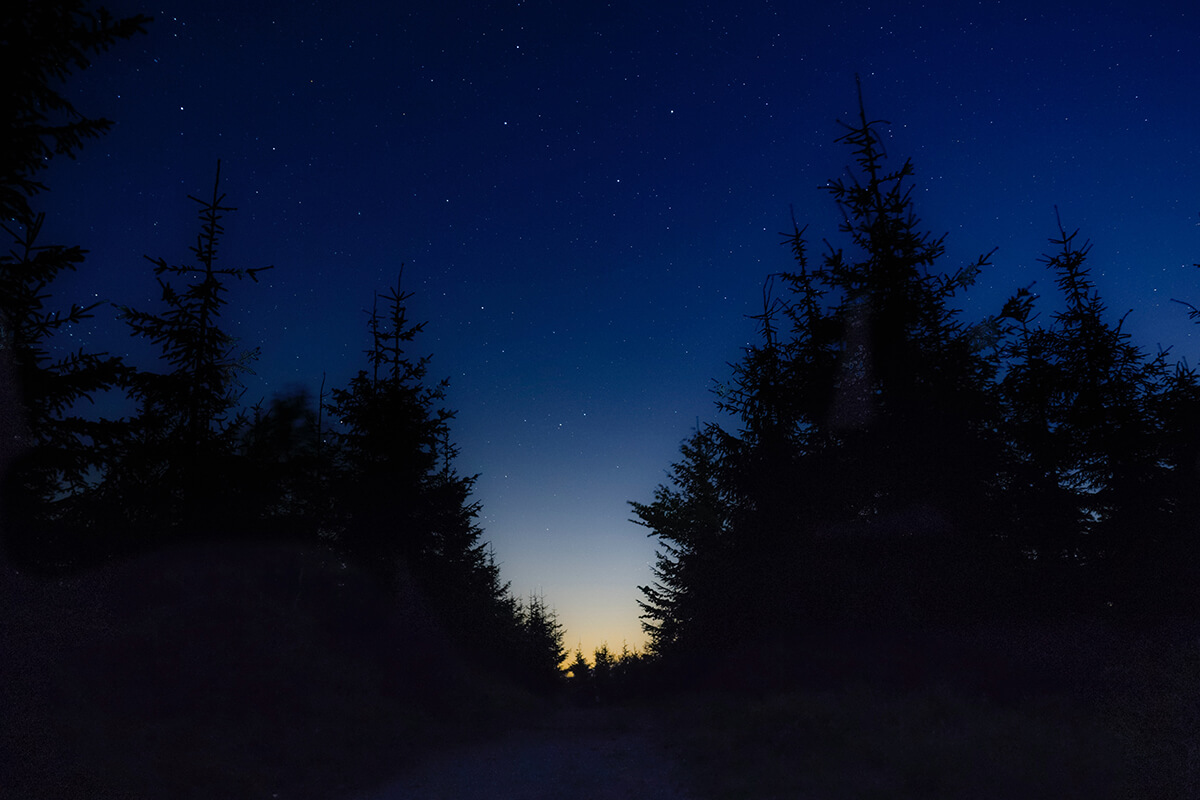 Is Architectural Lighting about Technology or Aesthetics? 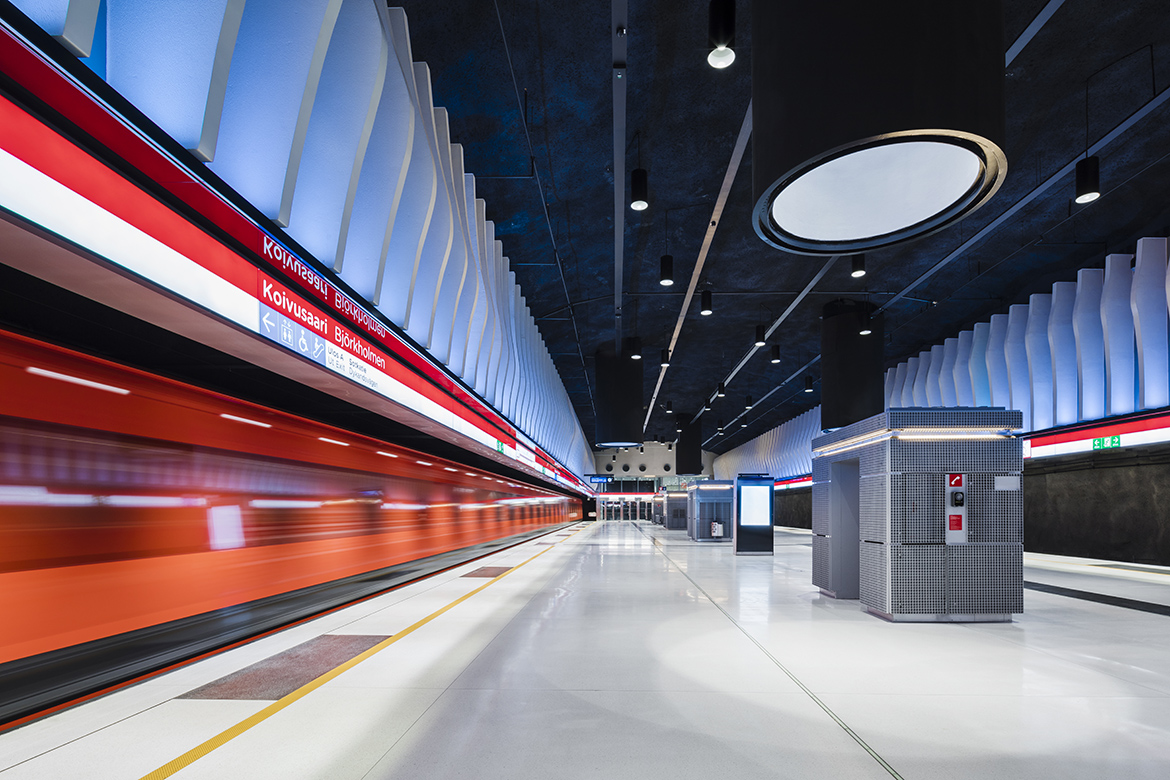 “Highly commended” award to the lighting of the Helsinki metro stations 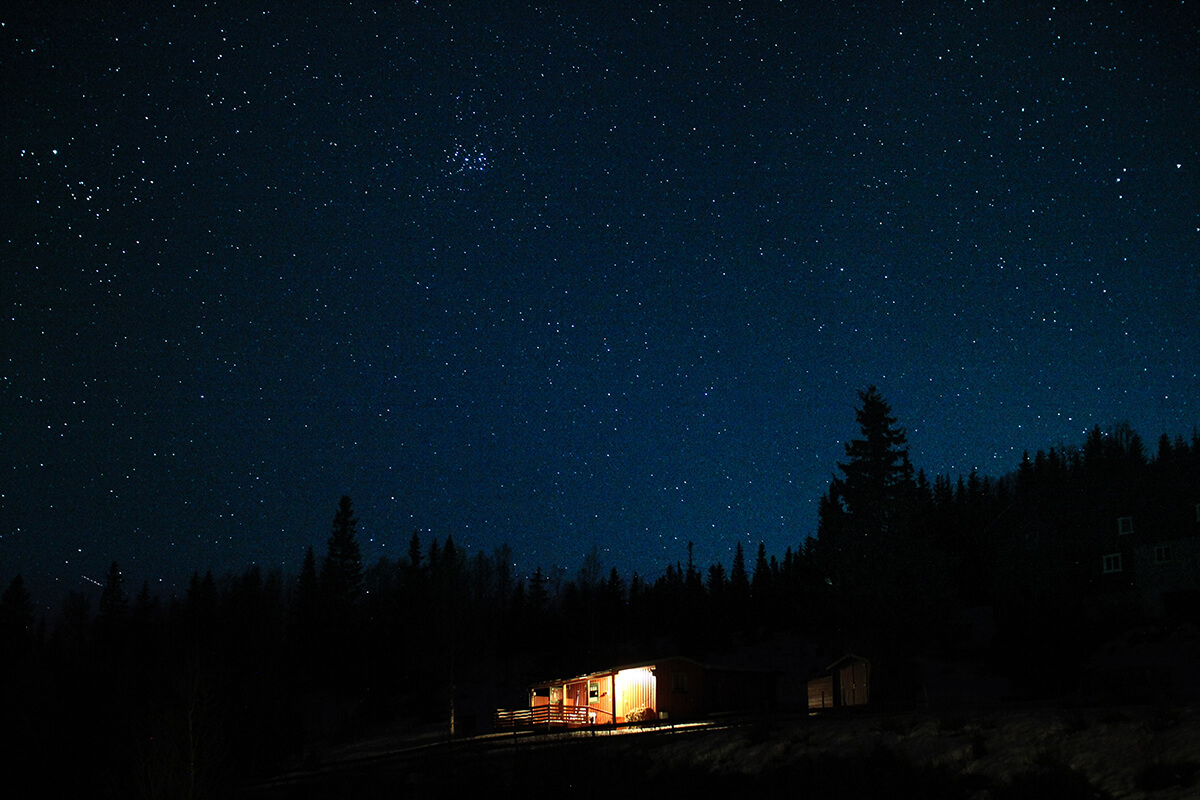 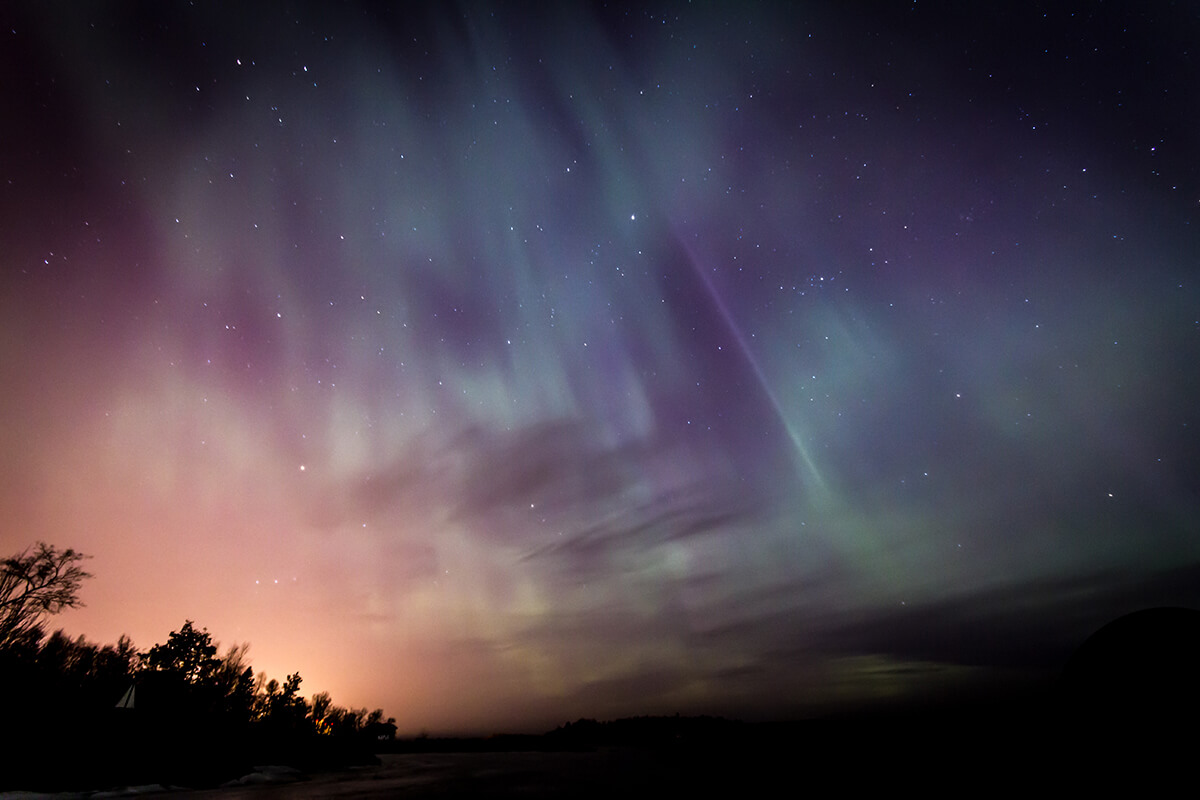 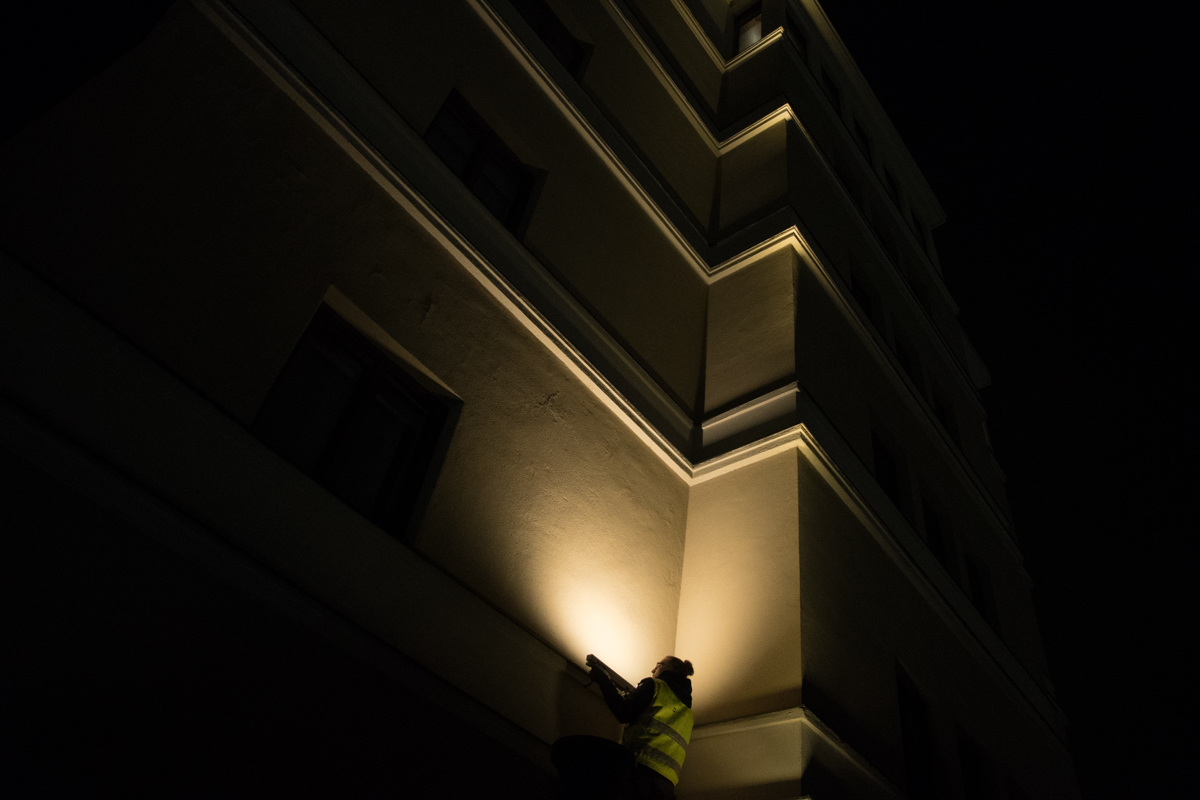 A Lighting Designer is a Welcome Professional in Design Project 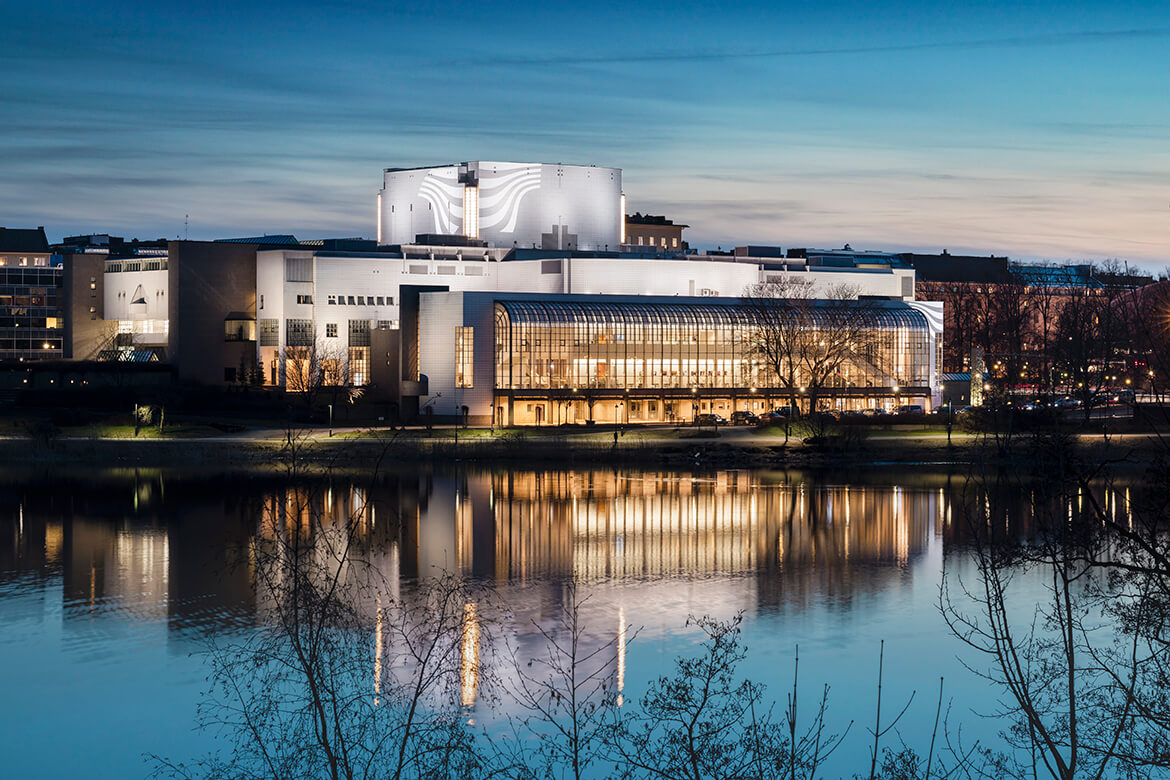 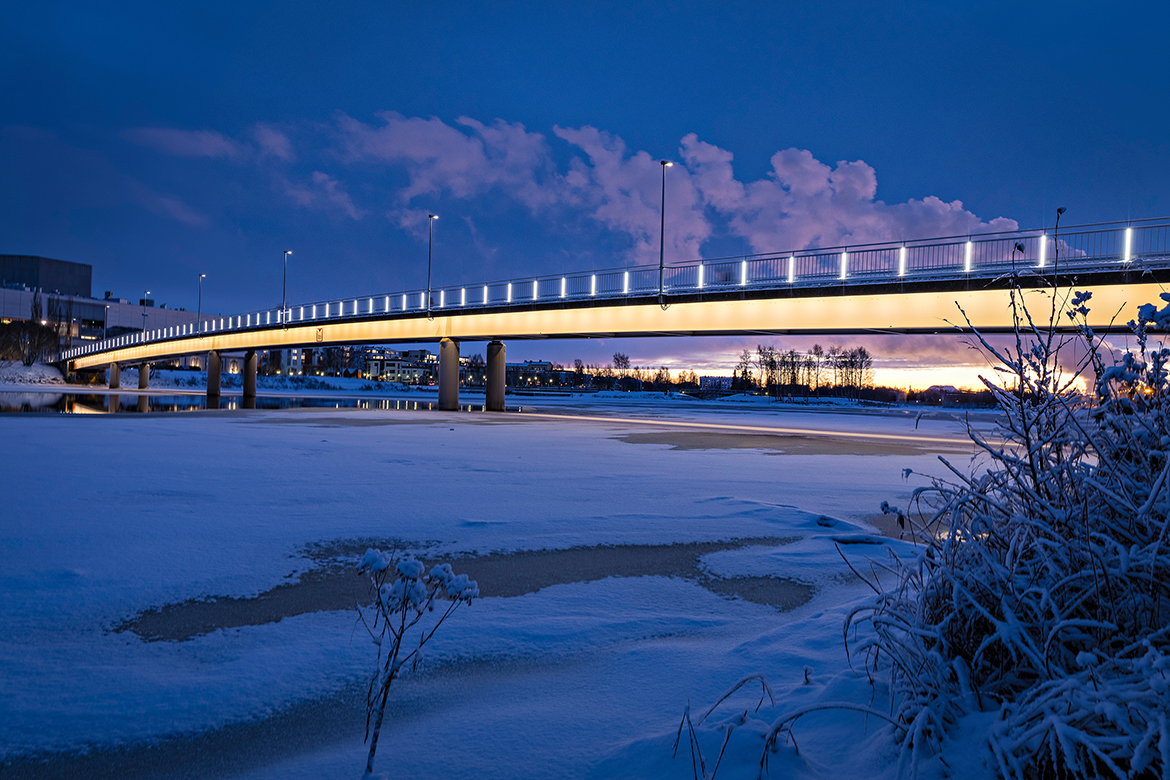 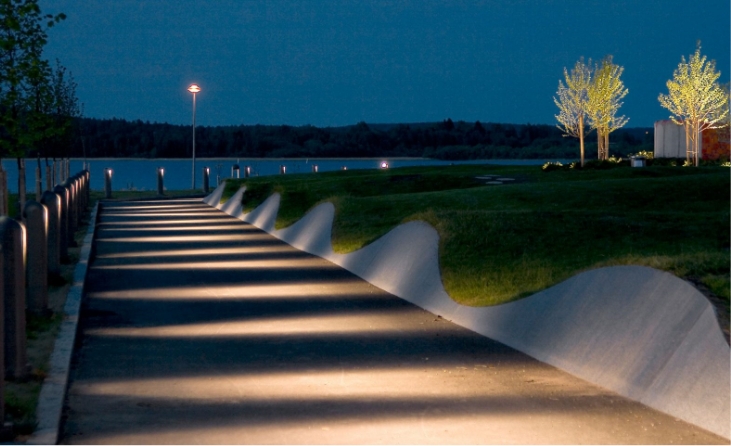 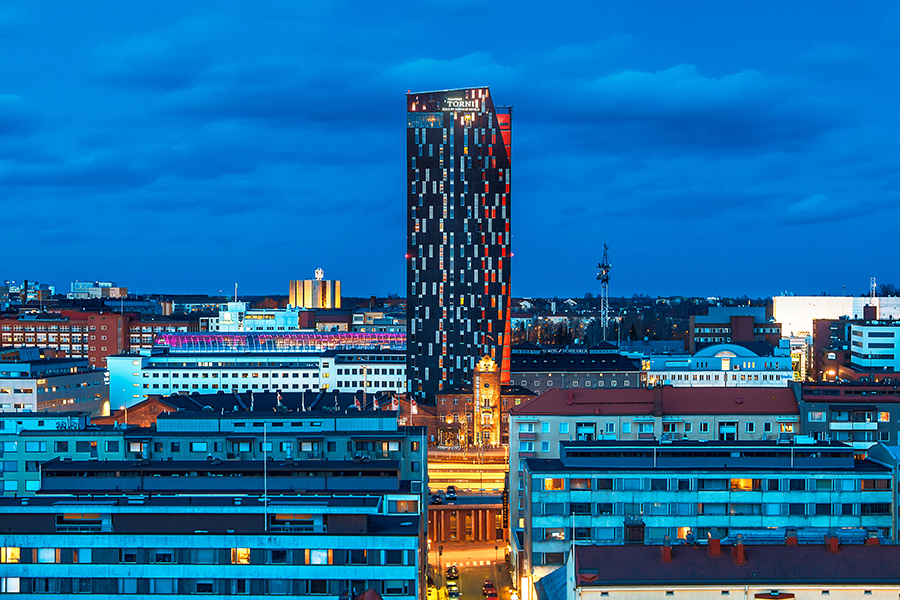 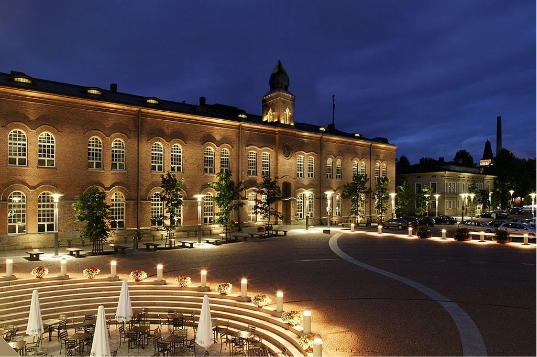 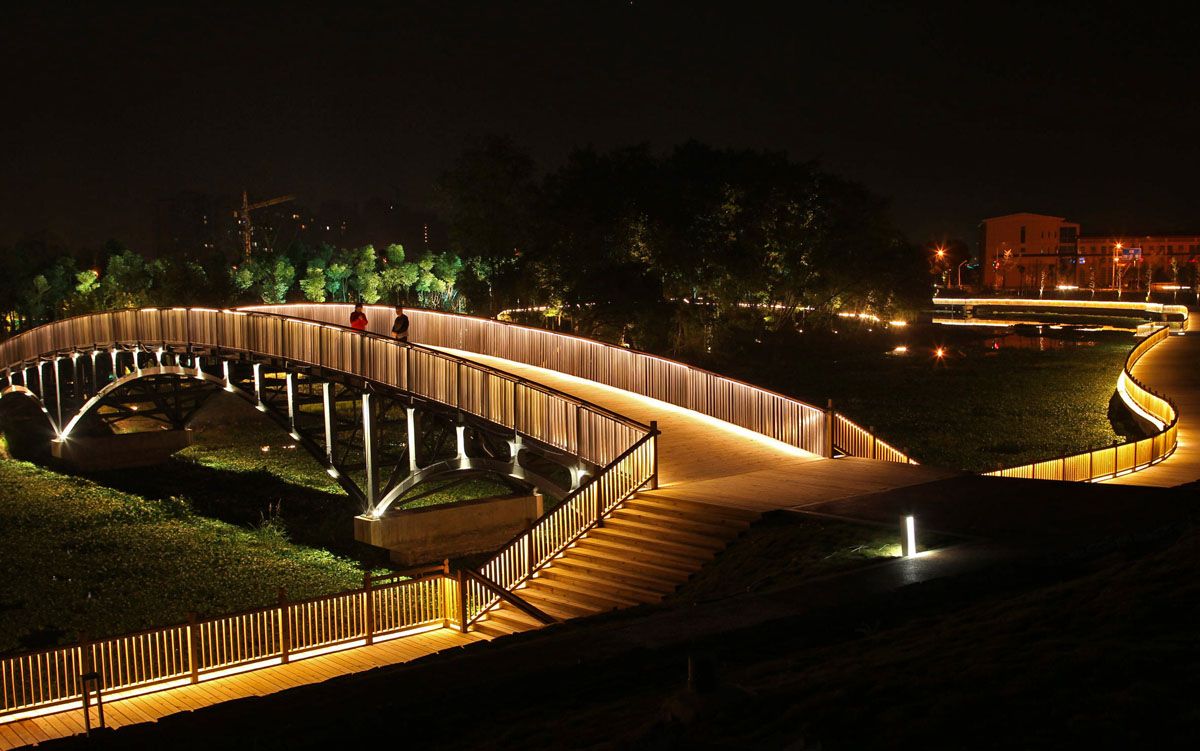 Deqing in China – Harmony of Nature 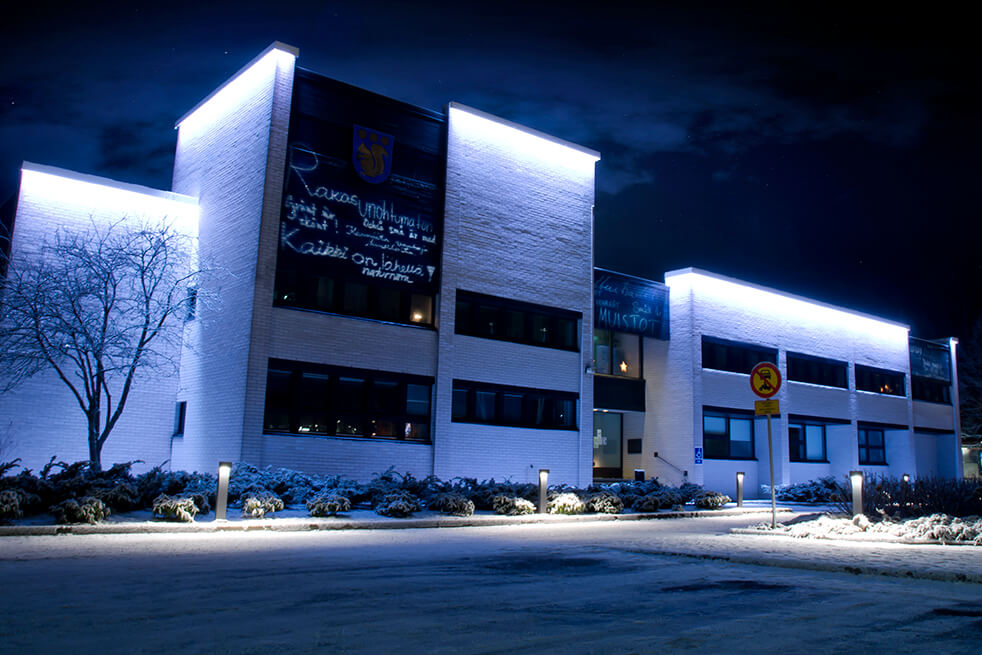 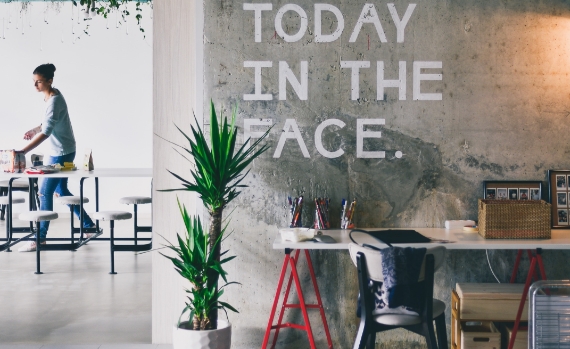 Honorary Award for the Lighting of Department Store Kodin 1 Lielahti

Media Façade as a Playground for Transforming Lighting

This website uses cookies to improve your experience while you navigate through the website. Out of these, the cookies that are categorized as necessary are stored on your browser as they are essential for the working of basic functionalities of the website. We also use third-party cookies that help us analyze and understand how you use this website. These cookies will be stored in your browser only with your consent. You also have the option to opt-out of these cookies. But opting out of some of these cookies may affect your browsing experience.
Necessary Always Enabled

Any cookies that may not be particularly necessary for the website to function and is used specifically to collect user personal data via analytics, ads, other embedded contents are termed as non-necessary cookies. It is mandatory to procure user consent prior to running these cookies on your website.